The abundance of nature in the artisan honey of Lago Maggiore 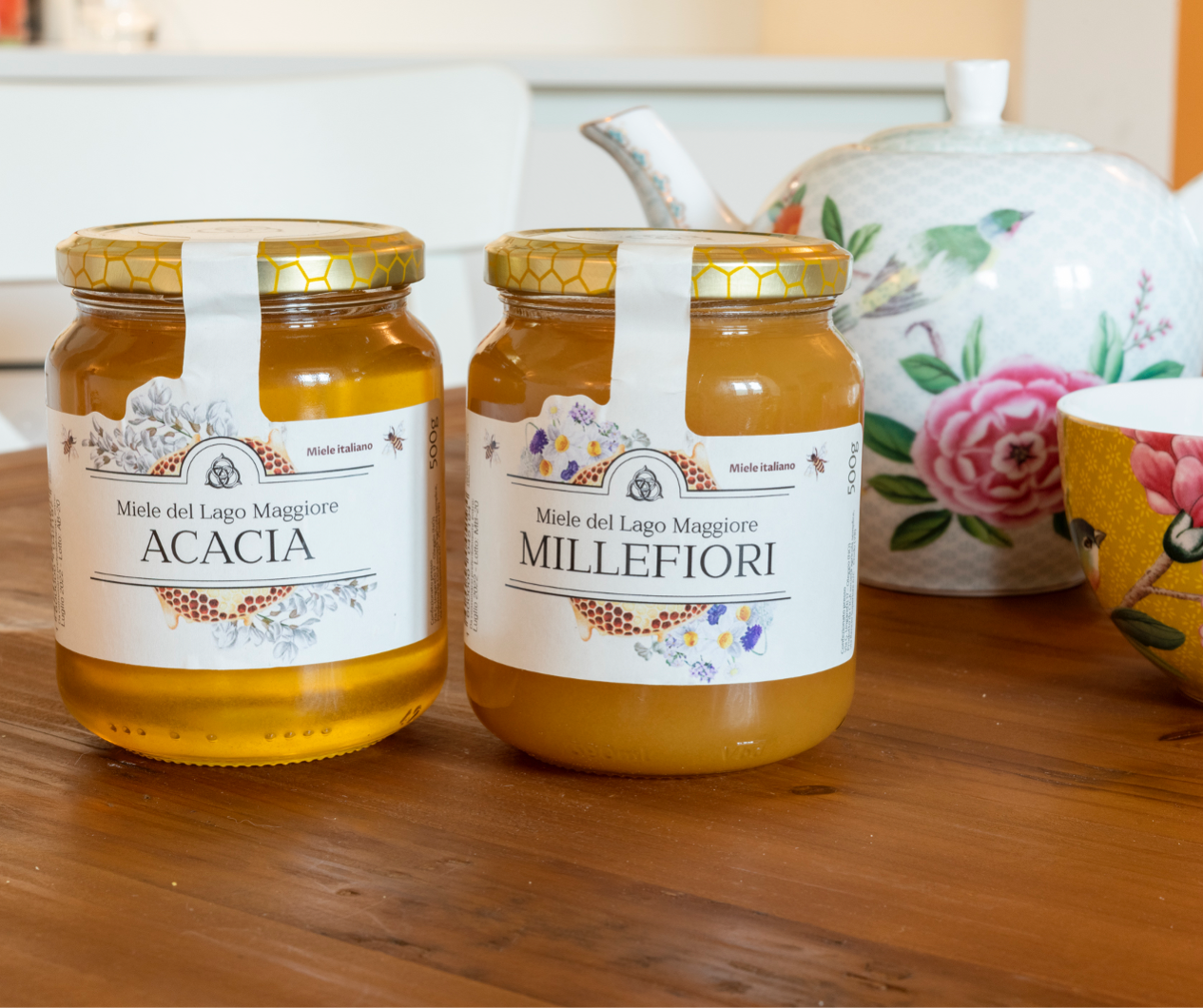 Discovering in a beehive all the wonders of nature, the delicacy of its almost perfect balance and the importance of climatic stability for the wellbeing of every species. The permanent apiary of the Parco Pallavicino in Stresa is an exemplary case for observing the completely natural process of production of artisan honey on Lago Maggiore and the close relationship with the other elements of nature. Around 10-12 beehives are present on the natural oasis that stretches over an area of 18 hectares, each with its own queen.

Each year the production of honey is linked to both climatic events and the blossoming of flowers. The beekeeping season begins in February/March: with the approaching of spring the hours of sunlight increase and the bolder cherries begin to bud. This is the moment when the beekeeper, who provides the bees with shelter and care, favouring their development, begins to monitor the bees and their health, on their awakening after winter, which is a critical moment for the insect. As the days and weeks pass, the queens start laying eggs again, the larvae are born and families become increasingly numerous. After the cherry, in May on Lago Maggiore it is the acacia that flowers, which enables a clear, sweet, soft honey with an aftertaste of sugared almond to be obtained, and this is undoubtedly the most appreciated and in demand. It is in this period that the bees are most active. In the months of June and July it is the turn of the chestnut: its strong taste and slightly tart aftertaste make it perfect to accompany cheeses. Millefiori honey is also produced, which is a multiflower honey characterised by a blend of various seasonal flowerings depending on the zone where the bees collect the nectar. 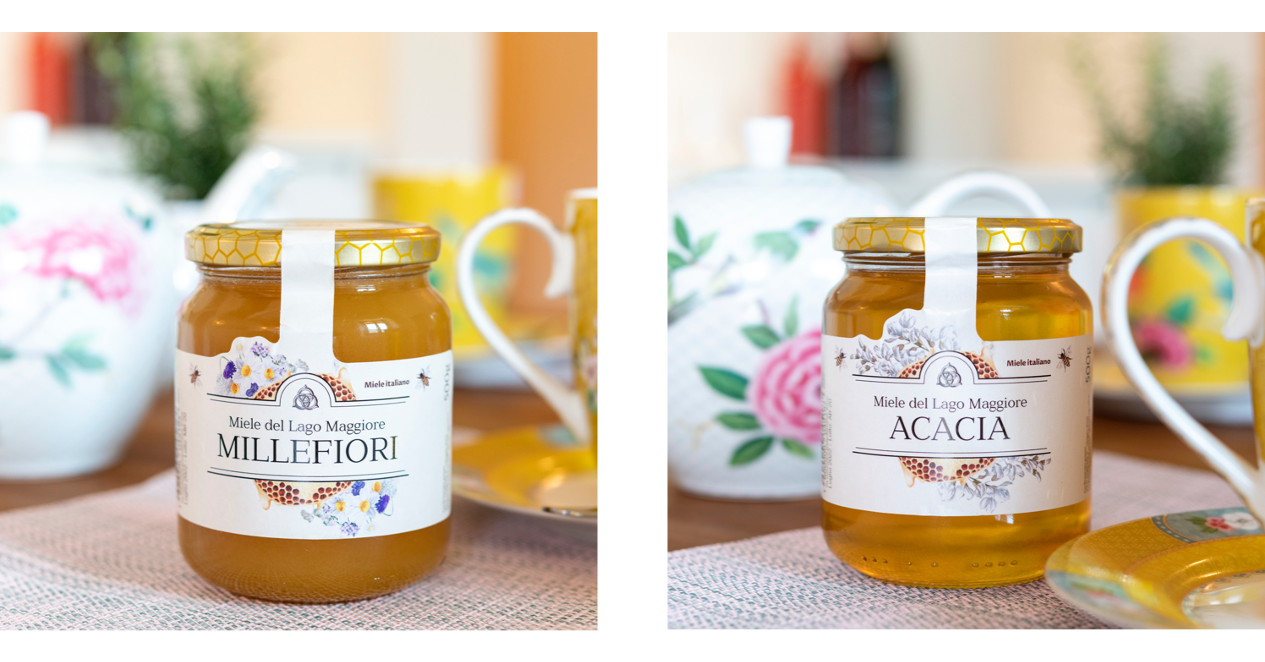 The bees are attracted by the nectar of the plants, which they carry with them to take back to the beehive, where various processes are carried out by the insects, such as dehumidification, before depositing the honey in the cells. This honey is stored by the bees to feed themselves during winter, when the family stays in a winter cluster and activities are interrupted, or in periods when flowers are scarce. As autumn approaches, it is the turn of the ivy to blossom, from which the bees take their winter supplies: if this is not enough, then the beekeeper provides nourishment with syrup water and sugar and subsequently with candy sugar.

In the process of producing artisan honey, the beekeeper adds frames on top of the hives, duly separated from the nest, where the bees will deposit the honey for which there is no space in the hive. This is the honey that is taken to the workshop, where it is dehumidified, centrifuged to remove it from the frames made by the bees with wax to “protect it”, filtered, placed in ripeners and then in containers.

As well as representing a sophisticated yet very delicate system, bees are also an extraordinary biological indicator and insects upon which the survival of many plants and of agricultural production also depends. Unfortunately, with climate change, which is manifested with warmer winters and springs hit by sharp frosts, bees are increasingly under threat of extinction and the production of honey is already jeopardised. In Italy this year this has reduced by 25% (data by Coldiretti). For this reason, it is important to put Italian artisan honey on your table, always checking for the origin on the label, to contact local producers directly.

Read other stories
The fabulous world of Ilaria Zanellato

A fairy-tale style, exciting, poetic. This is the distinctive feature of the artistic expression of the illustrator Ilaria Zanellato. We find it in he

Get a discount of 10% for your first order

This site uses cookies to deliver its services and allows you to send cookies from other sites ("third-party") to send advertising and services in line with your preferences.
If you want to learn more or opt out of all or some cookies click here .
Closing this banner, scrolling this page or click any element you give consent to the use of every cookie.
Ok, I get it